The Staff of Life…according to The Real Bread Campaign

Campaign have penned this open letter to all of Britain’s doughmongers.

Whether making a loaf for yourself and family, baking as a professional, or sharing bread recipes and skills with other people now or later in the year, we have some questions that you might like to ponder:

Is there any need to use fast-acting / instant yeast?

Dried active yeast (usually sold in cylindrical tins) is much cheaper than sachets, widely available, just as convenient – even in bread machines if added with the water, will keep in the fridge for months, and, unlike most brands of the instant stuff, contains no artificial additives. Or you could get your mitts on the fresh stuff.

Haven’t got a garden? Think you need acres of space to grow anything? Not so says Frugal Dad. Read on for all the details! Prices are in US $, but if you think the same in UK £ you should come in well under budget! ($50 is approximately £31)
click to read more…

Getting to grips with dough and all of it’s quirks is far easier to do than you might have thought and on Bank Holiday Monday, I’ll be teaching as many people as I can to do just that.

I’m giving three interactive talks and demonstrations at The Town Mill in beautiful Lyme Regis and for four of your good English pounds, you can come along and listen to my essential How To’s.

Here’s the text from my poster – come along if you can!

Have You Secured a Place in My Green Directory?

Created by the eco-whirlwind that is Sue Jueno, it’s an absolutely amazing directory (yes, proper paper stuff) and a portal of a website too, see MyGreenDirectory.info for details.

Today is the last day for you to get your sustainable living business into what is going to be known as the Green Yellow Pages…here are the full details, as received in their newsletter earlier this morning

Be there, or be very unsquare…

I happened across news in today’s newsletter from the Incredible Edible Somerset team and thought you might be interested to hear about a skill sharing event that could be replicated and with a bit of help and a good wind behind you, could laid on anywhere in the country.

If you have a passion for growing and are involved in your local green scene, consider pulling together local experts from your patch to help and inspire others near you.

Are You Feeling the Pressure to Spend Up?

There’s an abominable pressure thrust at us from almost every angle of the visual and audible media, telling us that consuming is good and the only way to sustain the spend up lifestyle is by working your trotters off.

Consumption is necessary for society to remain upright and to continue to function well, so many say, but ‘I’ say, that our consumption would do well to be looked at, re-evaluated in every sense of the word and changed if we are to survive as a global economy filled with more sustainable communities, which in my view, holds the key to the success of us all.

But bucking the trend is hard and can be terrifying when we’re surrounded by souls that simply don’t get the urgent need for change.

Downshifting Week Makes it to the PEAs!

I attended the inaugral event last year, which was hosted at The National Geographic Store in London and the buzz was intense to say the least.

If you scroll over the PEA logo above, you’ll see me and my dear friend, Community Award category winner Azul-Valerie Thome, as she proudly hoists up her chic green glass trophy.

Ditch the pre-packed options and cook from fresh.

There’s no doubt about it, you ‘can’ buy very cheap ready-meals these days, but the nutritional value, the overall quality and the taste cannot be compared to doing it from fresh! If you’re short of time, double up the ingredients and freeze half for another meal and be sure to use up leftovers in creative new dishes for the next day; soup offers a great way of getting started with this.

Buy your staples in larger packs.

Pasta, rice and porridge oats are perfect examples and you’ll also cut down your shopping trips too. If it’s just too much to store in your cupboard, split your bulk buys with a friend or neighbour.

After much procrastination, I finally set off today with a handful of index cards, a diary, a video camera and a little pot of glitter – there ‘has’ to be glitter.

I hadn’t put off my departure, more like my departure time just kept shifting, as the phone kept ringing and the emails just kept pinging into the box…but isn’t that the way it is most days…

We have to learn how to flick the ‘Off’ button – from the computer and occasionally, from life.

I’d spent far too long trying to nail down every moment of the forthcoming 10 days and it seemed the more I moved forward, the more I kept being dragged back.

The media appointments have been tricky to fit in around my visits to brilliant downshifters and I’ve had to bend with the wind to accommodate them, but they’ve put more than a few spanners in my well oiled works.

The CIPD believes that today’s abolition of the Default Retirement Age (DRA) should lead to a change of opinion on flexible working provisions.

The CIPD suggest that, up until now, flexible working has been considered as a women’s issue or a parent’s perk, rather than a tool to engage and motivate staff and allow them to strike a desirable work/life balance.

Dianah Worman OBE, CIPD Diversity Adviser, says: “The age of the cliff-edge retirement has finally come to an end and the CIPD applauds the Government for holding its nerve in the face of significant business opposition.

“However, now more than ever Government also needs to challenge the assumption that flexible working is a regulatory burden. We’re all going to be working longer and businesses have a vested interest in making our time as flexible and productive as possible.”

Millions of Brits risk relationship strain or a lengthy stretch in the doghouse, as half (51%) of adults admit not prioritising family, friends or partner in their everyday routine as they would ideally like to.

Research from Scottish Widows reveals that pressures of work in particular are forcing 10 million Brits (21%) to sacrifice time they know they should be spending with their children or grandchildren, and that this situation has not improved since last year.

In addition, the research – published today as part of Scottish Widows’ annual Priorities of Life Index – finds 1.5 million more people than a year ago (19 million, or 39% of the adult population) worry about  neglecting their partners.  Lack of ‘free time’ and focusing on ‘making ends meet’ are two of the main reasons given for pushing their relationship to the side.   Britain’s 30-somethings are the age group most likely to prioritise spending any spare time with their kids over their partner, whilst 40-somethings are focusing most on dealing with financial pressures.

Looking beyond their immediate family, one in three (34%) people say they are not finding enough time for their friends, with 30-somethings feeling they’re giving the lowest current priority to their mates.   Meanwhile, one in four adults (24%) own up to not prioritising their broader family as much as they would like.

I was invited to become the Green Champion for Smith’s Row, an amazing little Gallery in Bury St Edmunds last year and have forged a delightful green connection with Director, Alison Plumridge and her team.

Sustainability runs through the veins of this house of creativity and despite the recent cuts to funding, they are more determined than ever to deliver an entertaining and uplifting service to their visitors.

If you’re ever in the vicinity, be sure to plot a course to the centre of town to enjoy their convivial ec0-space. 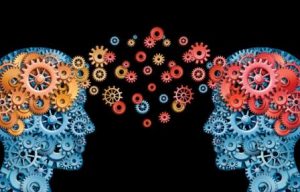